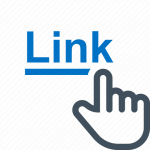 My experience studying Russian at EuroLingual

Starting from the Alphabet

I had been interested in both Russian culture and history, thus I started to study Russian language.

When I tell about it to the people, always they say “It seems like it is so hard to remember the alphabet.”  In fact I found that it wasn’t so difficult to learn it.  At first it might be confusing to learn the Cyrillic alphabet, but I think anyone can do it earlier than he/she can imagine.  It is necessary to memorize only 33 characters.  So I couldn’t read words that I didn’t know accurately without accent marks because in Russian the pronunciation varies depending on the position of the accent.

Many times I heard that it is hard to learn Russian and after I started to study, I understood soon the reason why it could be difficult.  In the past I had studied English and Spanish.

Comparing these languages, the Russian grammar  could be more complicated and too much difficult for me. It wasn’t impossible to memorize Spanish verbs conjugation because of the strong regularity, but in the case of Russian, I realized that there were a lot of declinations of words not only in verbs but also in nouns, pronouns and adjectives.  In this language there were too many things of grammar to be learnt that it was out of my imagination.  Even though this made me more interested in learning Russian.

Anyway I stopped trying to memorize every kind of variation in the middle of the way and changed my mind into  choose to remember only a few points of the grammar and use them more frequently so that it became considerably easier for me.  Nowadays I can talk in a very simple conversation but if I want to speak without any grammar mistake I think that I should have to study much more.  Since my teacher knew that there were many difficulties in learning this language, she gave many directions in order to open me the way to understand it easily and be able to enjoy the lesson.

It seems there are many people who don’t have a very good image of Russia, but once you touch the charm of its culture, it is impossible not to like to go on learning in details its culture.

In my case after I started to learn Russian, I’ve bought 10 sets of Matryoshka!  Recently it became my daily routine to watch and listen the latest hit chart of Russia in internet.  I think there are many good songs because Russian has a very mysterious and beautiful language sound!  When I understand some Lyrics, it is very pleased for me and I feel happy in taking the decision to learn Russian.  Russian is the most difficult language that I study up to now, and even knowing that it is a language that I should be continued studying for years if I would like to speak it very well, it is definitely my favorite language among those I already learnt.  Now my dream is to visit to St. Petersburg!